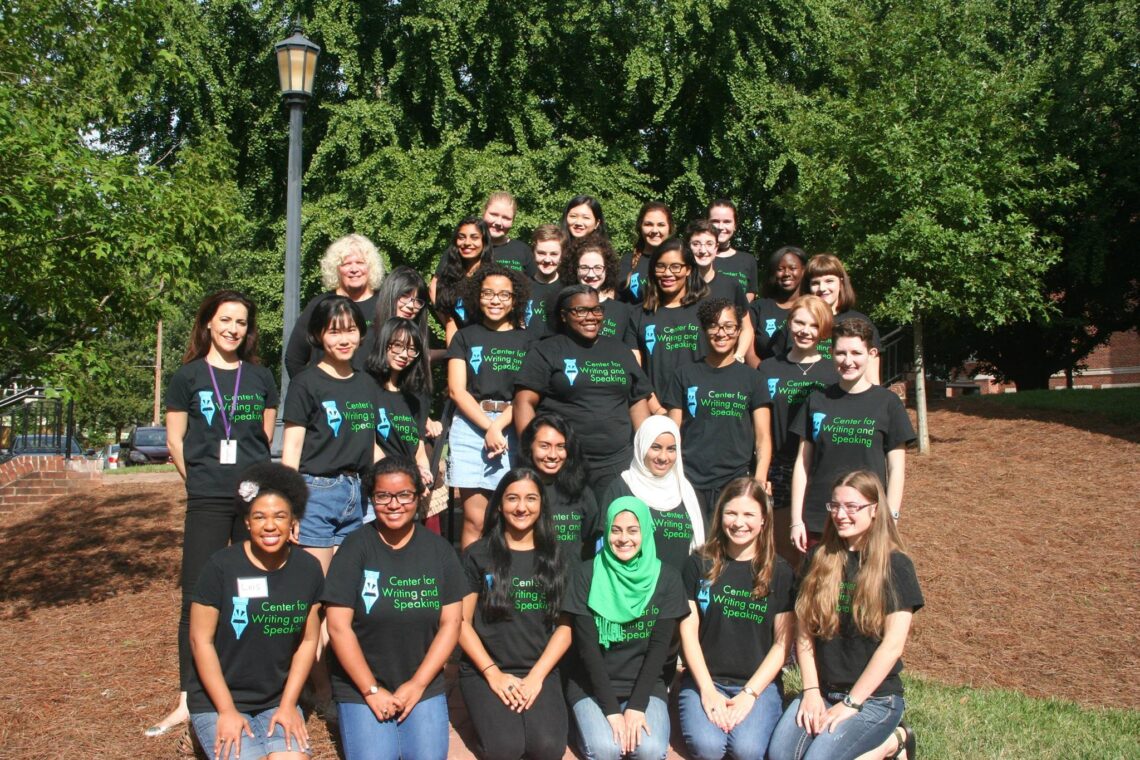 Christine Cozzens is the vice president for academic affairs, dean of the college, and the Charles A. Dana Professor of English at Agnes Scott College. She has a B.A. and an M.A. from Stanford University and a Ph.D. from the University of California, Berkeley. Professor Cozzens’ teaching, scholarly and writing interests include all aspects of writing and writing pedagogy, nonfiction as a genre of creative writing (the personal essay, the memoir), travel writing (history and current), journalism, 19th-century British literature (especially fiction), Irish history and literature (including contemporary topics), Irish film, Scottish literature, and women and literature. Below are Professor Cozzens’ reflections on her scholarly thinking and academic process, from the 2014 Dalton Gallery exhibition showing|thinking, a series of exhibitions that highlighted the work of faculty and staff on campus :

At almost any time of the day or night during the academic year, you can walk into the Center for Writing and Speaking (CWS) at Agnes Scott College and hear the sound of learning. One student is talking about the high points of a film about Tibetan monks she watched in a religious studies course; another explains how to use direct quotations in an English paper; another student tries to summarize a philosophical argument in her own words, while still another wants to know why the paper she worked so hard on only earned a B and another laments the challenges of writing her first visual analysis. The terms of writing and speaking—thesis, evidence, attention- getter, topic sentence, reiteration, reflection, analyze, visual aid—seem to float in the air around you along with a dizzying array of names and concepts from anthropology, political science, math, history, public health, biology and more. Laughter, expressions of happiness or despair, words of encouragement, and sometimes a few tears add to the vibrancy of this place. Outside of the classroom and without any teachers present, students are talking about their academic work and pushing each other to think deeply about the subject matter and about the forms in which they will engage with ideas and communicate them to others. As I like to say, the CWS is a center for intellectual engagement outside the classroom.

In my own education, such moments of immersion in subject matter through dialogue, direct experience, and social interaction stand out as transformative. To mention just one example, in graduate school I needed and valued the lectures and readings that formed the curriculum, but the experience that meant the most to me and that still shapes my thinking and teaching was an ad hoc reading group I formed with four other students from my year. We met every couple of weeks to discuss a literary work that one of us needed to study. In those informal conversations amid wine and food with good friends, each of us tried out ideas, insights, and theories we’d picked up in class knowing we’d get helpful feedback and support, even when the others disagreed or had alternative views to offer. Each of us felt comfortable exploring new avenues and taking risks in this context. We were “doing” literature, not just studying it, or maybe we were seeing a new dimension to studying through this active and personal engagement with texts and with each other.

People had always told me that I should become a teacher—the “teaching personality” seems to run in my family—but it was this insight about the nature of learning that led me to choose that path, to imagine that I could be a good teacher, and to understand that teaching was what I most wanted to do. As I finished graduate school and found jobs teaching English, I tried to set the stage for such moments of intellectual and social engagement in the classroom and wherever else I could do it. Independent work, discussion, connection with the personal, and problem solving play a big role in my courses, whether analyzing a work of literature or figuring out how to turn a personal story into a work of art that speaks to far-flung audiences.

Working in writing centers at U. C. Berkeley and later at Harvard showed me how this way of structuring learning could expand beyond the classroom, supplementing classroom work but also achieving something quite separate and valuable by making students’ learning more personal, deeper, and more empowering for them. When I came to Agnes Scott in 1987, I was fortunate enough to have the opportunity to put this philosophy in action in a writing—later a writing and speaking—center. At the CWS, students and peer tutors immerse themselves in the problem of the paper or speaking assignment, trying out and weighing different solutions. As I learned from my graduate reading group, ideas evolve best and creativity blossoms in the gradual give and take of conversation and when the atmosphere is relaxed, when the mind moves freely. A peer tutor and tutee approach an assignment or a piece of writing not so much as expert and novice but more as equals, and that equality of status is a liberating force that fosters critical thinking, creativity, and risk-taking. A tutoring session at its best involves two fully engaged learners exploring ideas freely, questioning each other about ideas and conventions, making leaps, taking risks, and—this is important—suspending for the moment worries about grades, “right” answers, “pleasing” the instructor, or any other such distractions. This way of creating direct, engaged learning experiences embodied in the CWS also characterizes my teaching and even my creative writing. For some years now, I’ve taught Irish literature to students who will be spending three weeks in Ireland at the end of the course. I want them to wrestle with the problems, characters, meanings, ideas the texts evoke while sitting in our American classroom and again amid the historical, social, and physical landscapes of Ireland—the landscapes that produced and figure in the texts we read. An important dimension of every trip for every student is reading aloud a work we’ve studied on the site where it was written, or where the author lived, or that influenced the work in some way. What does it mean to read William Butler Yeats’s famous poem “Under Ben Bulben” under Ben Bulben, the mountain that looms over the poet’s grave? What can we learn about Frederick Douglass’s 1845 encounter with Ireland when we read the letters he wrote describing street scenes in Belfast and Dublin, as we travel those same streets? I get excited about the ways in which the students’ encounters with Irish people and places will deepen their understanding of the literature and its contexts and the ways in which the literature will shape their experience of our time in Ireland. The classroom learning plays an important role, but our in vivo encounters in Ireland will stay with us forever.

When I’m writing personal essays, memoir, travel pieces, profiles, or really works in any genre, I’m trying to put you there with words so that to the extent possible, you can see, feel, hear, taste, know the experience and have your own encounter with the material. My fascination—I guess I should admit to it being an obsession—with places and their meanings gives lots of opportunities to seek out the stories that might have or did happen in a particular place and to recreate them for the reader in a kind of palimpsest or sixteen- screen multiplex of history and imagination.

A New York Times editor once gave me some valuable advice: “When you want to get across the historical background of a place,” she said, “don’t have a separate ‘history paragraph,’ but instead tell it from the perspective of someone standing in the place where it all happened, looking back into the past.” In everything I write, I try to make my writing speak from that kind of immersion in the experience, past and present.

So when I walk into the Center for Writing and Speaking at Agnes Scott, I’m comfortable with the multiple realities going on around me, the bits of dialogue that fly by, the noise of lived experience and human connection, the real and metaphorical buzz of immersion in the problems of writing and speaking and much more. From the sounds around me, I know that the students are working on their papers and presentations—and life’s large problems, as well—in ways that are meaningful to them and in their own terms. The Center for Writing and Speaking and other centers and places like it around the world create physical and psychological contact zones where such engaged learning can occur and foster the memories and the habits of mind that will guide students as thinkers, writers, speakers, leaders, and teachers of the next generation. This is the kind of learning environment that shaped me and that I want to create for students and readers.

Center for Writing and Speaking 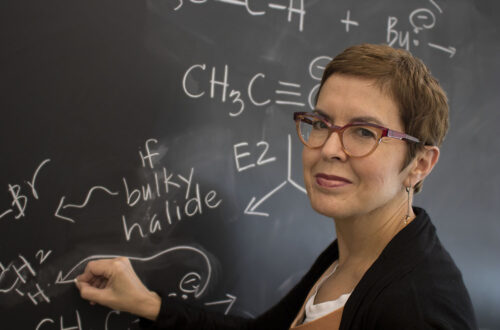 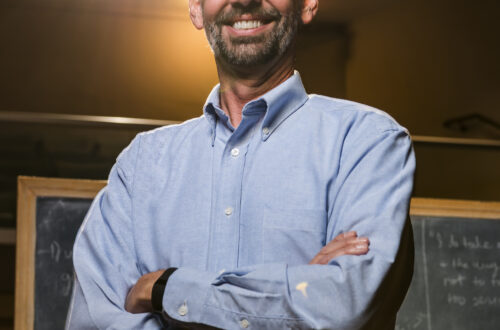 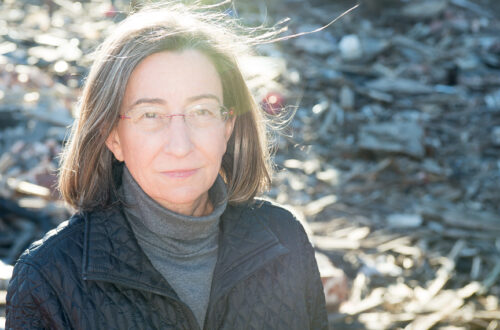 This blog shares news of events, publications, and other accomplishments of the faculty of Agnes Scott College. Enjoy!